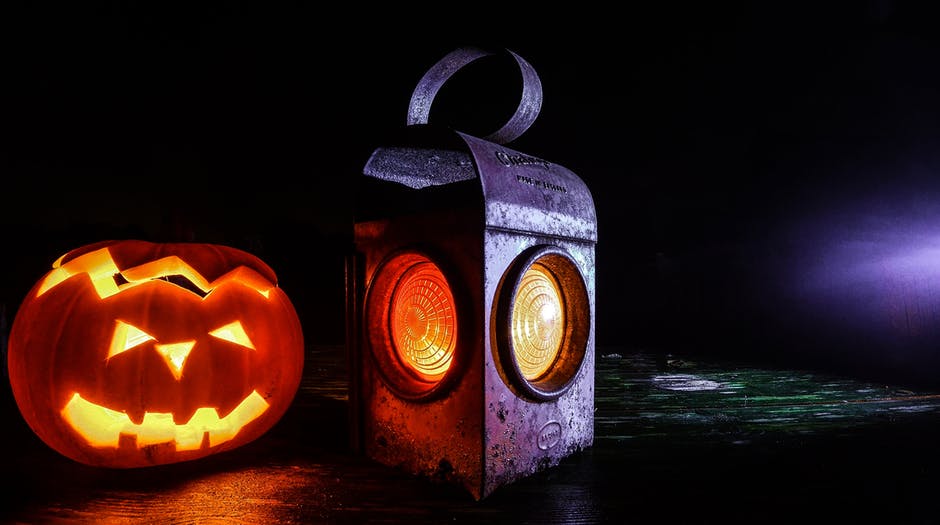 All Hallows’ Eve is the traditional name for Halloween began as the festival of Samhain. It was part of the ancient Celtic religion in Britain and other parts of Europe. At the end of summer, the Celts thought the barrier between our world and the world of ghosts and spirits got really thin. Why pumpkins? The pumpkin tradition also dates back to Samhain, where Gaels would carve turnips to ward off spirits as they believed the sprits would damage their crops. Irish immigrants who travelled to the US in the 1840s began carving pumpkins as they were more readily available than turnips.

Trick or Treating was also an imported into North America as traditionally during festivities, the poor would visit the houses of wealthier families and receive pastries called soul cakes in exchange for a promise to pray for the homeowners’ dead relatives, a practice known as souling. This evolved into guising – where young people in Scotland and Ireland would dress up in costume and perform songs, poems or jokes in exchange for fruit and nut. In the early 1900s, It become known as trick-or-treating.

You can find many great fun events to keep you amused in Canmore, regardless of your age. The Georgetown Inn hosts a little kiddies Halloween Hay Maze! This outdoor hay maze is perfect for little ghouls and goblins in grade 1 and under. Admission is by donation with all proceeds going to the Canmore Preschool. The Hay Maze will open on Friday October 17 and run until Halloween Day. Stop by between 8 AM and 9 PM Sunday – Thursday and 8 AM – 10 PM on Friday and Saturday.

Town of Banff Halloween Bonfire and Fireworks 7 pm to 9pm Saturday October 31st
Join the annual family-friendly Halloween event, sponsored by the Banff Firefighters Association, at the Banff Recreation Grounds. Enjoy free hot dogs and hot chocolate by the bonfire and stick around for the fireworks at 8 p.m. Don’t forget to wear your costumes! Walking down to the Recreations grounds is recommended however remember to carry a flashlight and wear reflective clothing.

Don't miss out! The latests Deals,
Adventures and much more.